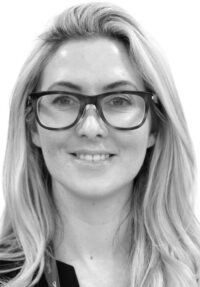 Jude Dunican hails from Galway on the western coast of Ireland.  She has worked as a practitioner in Medical Aesthetics since 2009.  Initially Jude worked as a Laser tech in a private hospital in Galway, she did this while completing her BSc in nursing science.  During her years there Jude treated a lot of patients suffering from rosacea and acne which has developed her huge interest in dermatological diseases.  Jude has worked full time in aesthetics since 2015.  After moving to the UK to take a job in a famous 5 star clinic on Harley street London Jude had the opportunity of working alongside some of the best doctors in the industry.  There she continued to utilise her skills with lasers and device bases therapies as the clinic was home to over 35 energy devices.  At this time Jude began to add injectables to her skill set.  Since then Jude has completed a level 7 in Injectable Medicine and completed her Independent Nurse Prescribing qualification.  Jude joined HXP as an INP last October and currently works on a part time basis.  Her favourite part of the job is getting to work alongside many different practitioners and sharing knowledge on Obagi for which she has a huge passion.  “Learning happens every day when you work in a new clinic it takes you out of your comfort zone”.    Jude is a lifelong student and is currently studying her Master’s degree.  Jude lives in Bromley with her partner and little girl Isabelle.